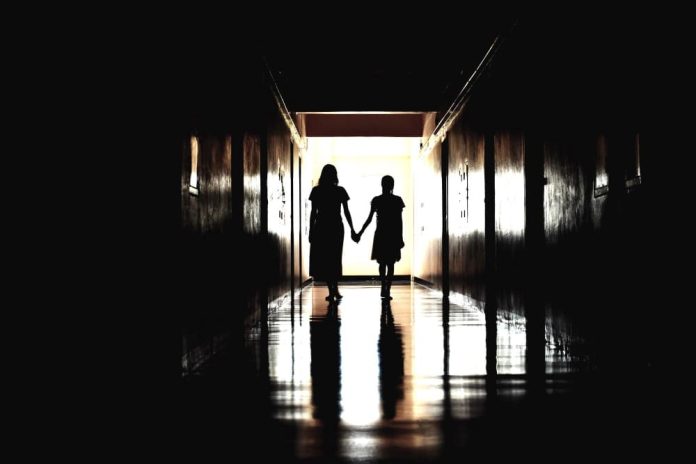 For many people, the Zombie sub-genre of horror, is one that is now met with eye rolls, as soon as it is mentioned, because, lets be honest, Zombies have indeed been done to death. However, despite a slue of sub par offerings, there are Zombie movies out there, that in fact defined an era in horror history; and others that were just so good, that they still stand strong, as impeccable pieces of horror film making, in spite of the now, outplayed Zombie hype.

I imagine this list, will probably cause a little controversy, as there are so many Zombie flicks to choose from, that its virtually impossible to make everyone happy, especially when there’s only 10 spots to fill. So, lets take a look at the Top 10 Zombie Movies!

This indie Japanese flick, managed to do something completely and utterly unique: Provide a modern Zombie film that is as good, if not better than some of its predecessors. Hailed by critics as being the ‘Best Zombie Comedy Since ‘Shaun of The Dead’, it was not only unique in its resurrection of a decomposing genre, but its clever, tongue in cheek style humour, and its impressive opening scene- a 37-minute, uncut opening shot. Almost an ode to Zombie B movies that came before it. ‘One Cut of The Dead’, manages to make the ‘movie within a movie’ trope work to its full potential, and I would suggest any fans of the genre, seek it out immediately.

Re-animator stands out, mainly because of its quality adaption of H.P. Lovecraft’s works, which are sadly few and far between. The short story the premise was taken from, is in fact one of the first instances of zombies being portrayed as reanimated corpses, led by primal urges. This film manages to remain somewhat tongue in cheek, and even a little zanny in parts, while providing some of the most seriously gruesome scenes in deed. I would say this one is probably not for the faint of heart.

No Zombie movie list would be complete, without the much loved ‘Zombieland’. Yes, in parts it toes the line between being more action/comedy than Zombie flick, however it has just enough battles with the undead to count for me. This film does something different, not only with its unique sense of humour, and diverse, likeable characters, but with its emphasis on family, and what that means in a world overrun by Zombies. I think it also had every one of us trying to figure out what our rules would be, should be found ourselves in an unfortunate, Zombie related crisis.

Pontypool is a Zombie film, with its own point of view, which is what makes it such a memorable, and well done Zombie flick. It cleverly uses language (as opposed to blood or saliva) as a means of the virus spreading. Something which, to my knowledge, is a characteristic of this film, and this alone. Very claustrophobic, at times, and almost always unbearably intense, this film is certainly a must-watch. Especially for those who think that they have seen everything that Zombie virus films have up their sleeve.

Both a love letter to the Zombie flicks of the past, and an advancement of the genre all by itself, this British horror/comedy, had everything going for it, in leaps and bounds. It remains warm throughout, parodying the same films, and tropes it references. It’s an incredibly rewatchable film, because it doesn’t just take the same old tropes, and run with them, but instead subverts expectations. It is clever as it’s hilarious, and there’s no doubt as to why this is a firm favourite among fans of the genre.

The thing that ’28 Days Later’, does so well, is paint a picture of utter desperation. ‘Sombre’, is the word I would use to describe much of the tone of this film, but that is absolutely to its advantage. Of course, it has lighter moments too, but the unrelenting bleakness of world these characters are trapped in is grey indeed. More than any other film on this list, it’s portrayal of the isolation that ensue after a Zombie apocalypse, seems eerily accurate. It’s darkest moments, don’t rely on bloody feeding frenzies, or spilling guts; but more often on the darkness of humanity, and the helplessness felt through each situation.

Once the template for Zombie horror had been created by Romero, its no wonder he decided to use it quickly again, but with better effects, this was a horror sequel in every sense, bigger, bloodier and more action packed than before. However, what it did maintain was Romero’s piercing social commentary. This time tackling the burgeoning consumer culture, and full force of 80’s capitalist America. The wanting of everything bigger, better and easier, and the insatiable lust of American consumerism. The Mall, in this film acting as the ideal backdrop for a compelling character drama as a group of strangers seek refuge from the undead. The 2003 remake, was also not a bad horror effort, but nowhere near the level of the original.

Trust me when I say, that if you are looking for a ‘scary’ horror film, or more specifically a scary Zombie film, then you needn’t look any further than the Spanish, found footage phenomenon- [REC]. As a seasoned horror viewer, there is almost nothing that scares me anymore, but this one is about the closest I’ve come to sleeping with the lights on. I am not usually a fan of the ‘Found Footage’ format, but here, it is used to its full affect, and really proves the mediums worth, as a story telling mechanism. There is an American remake of this film, but it is essentially a cheap copy, and in no way lives up to the sheer horror of its predecessor. So do yourself a favour, and watch the original!

This Romero classic, might not be the first ever Zombie movie, but was certainly the first to feature the ‘walking dead’ in the way we know and love to this day; as flesh hungry, reanimated corpses. This film is a seminal piece of horror history, which still stands up today. Especially, with its social commentary; and the undercurrents of racial prejudice, mob-mentality and its exploration of humanity at large, and at what makes us ‘humane’. Its influence of horror can still be clearly seen today, but while many Zombie movies have used this film as a template for their own, none of quite manage to replicate to the same effect as the original masterpiece.

After the boom of Zombie related content in the ‘noughties’, with gradual diminishing returns in terms of new, creative ideas being put to screen, it seemed there was little else that could be done to ‘reanimate’ the genre. Then along came ‘Train To Busan’, to blow everything out of the water. This Korean horror, takes a rather simple concept; a father and daughter trapped on a train, where an outbreak begins to occur, but it is done with such a clever elegance, that all other Zombie flicks, same to pale when compared. The characters are fleshed out, the film is packed with zombie action that uses the close quarters to immensely thrilling effect, the writers have been extremely imaginative, with set-pieces that put the physicality of fast-moving, flexible zombies to great effect. These are Zombies that have bite, and so does this film.