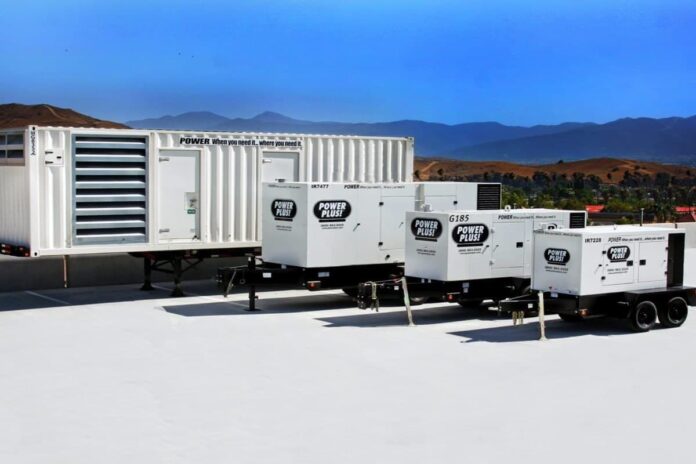 Nowadays, there are different types of industrial generators to improve the quality of work in the industrial sectors and help to keep the continuous work of companies.

Let’s check out the types of generators to easily figure out which one may fit your business the best way.

How does an industrial generator work?

An industrial generator works by transforming mechanical energy into electrical energy. This equipment works by using different fuels such as diesel, gas oil and gasoline. The operation of a current generator has the capacity to provide the necessary energy in the place where it has been installed.

Large-scale productions not only use it due to unexpected power outages, but also benefit from the power generated by the equipment so that manufacturing remains stable and without inconvenience.

In the different types of industrial generators with various power, from 50kw diesel generators to 500kw and more, the electrical energy is widely distributed in all the necessary areas. You only have to periodically recharge the fossil fuel that you are using in the machine.

The classification of the types of industrial generators is defined through the characteristic elements in the equipment, from its use, current, connection, fuel, among other factors that encompass this class of equipment. We are going to introduce you to each of them.

Generators for industrial use work with two types of currents for transformation into electrical energy: alternators and dynamos.

The first current, as its name indicates, is the one working alternately. Instead, dynamos are a source of direct current in generators. Both work following the principle of electromagnetic induction.

However, the way of collecting energy is different. The dynamo loses some of that energy in the process, that is, it loses some of the power. Whereas, the collection in the alternators hardly loses anything by being a cleaner process.

Electric generators according to the type of fuel

There are many types of fuels that can supply the different types of industrial generators, but we are going to focus on the most used due to their high range: diesel and gasoline.

Each one has its advantages and disadvantages in its application. Diesel is a cheaper fossil fuel than gasoline, but it provides much more smoke and noise in the power generator. Yet, you can find super-silent diesel generators in the market that provide 90% lower noise. Of course, its performance is optimal because it can work continuously for long periods.

On the contrary, gasoline is usually more expensive, but its performance covers short or medium days of 5 to 8 continuous hours.

Generators according to the type of connection

The types of connection in the generators can be portable and fixed. In this classification, the industrial sector uses more fixed ones than portable ones. This is because they can store larger loads of energy and work for a long time.

Portable plug-in type performance is good for short jobs that don’t need such high loads. Many of them come as a transport kit with wheels, which is more convenient to transport to different places.

The types of industrial generators can work with a power of 2 or 4 times. This characteristic varies according to the equipment.

The benefit of the 2T is that its use turns out to be cheaper than the 4T, but it produces much more noise without spending as much fuel. The most relative difference between Q4 and Q2 is that its useful life is much longer, implying a safe investment for the company.

Electric generators according to the type of technology

Inverter or Avr technology allows the flow of current to be stable, avoiding high voltages in the supply of electrical energy.

This breakthrough is significant because it helps to keep production equipment from damage during continuous supply from the industrial generator.

Generators based on power output

The current phases in the industrial generator models can work with one or up to three phases. Technically they are called monophasic or triphasic.

A small business without that much equipment often needs a single source of power output, so the single-phase type is the best choice.

On the other hand, the three-phase is works best for large-scale production processes that require a lot of energy.